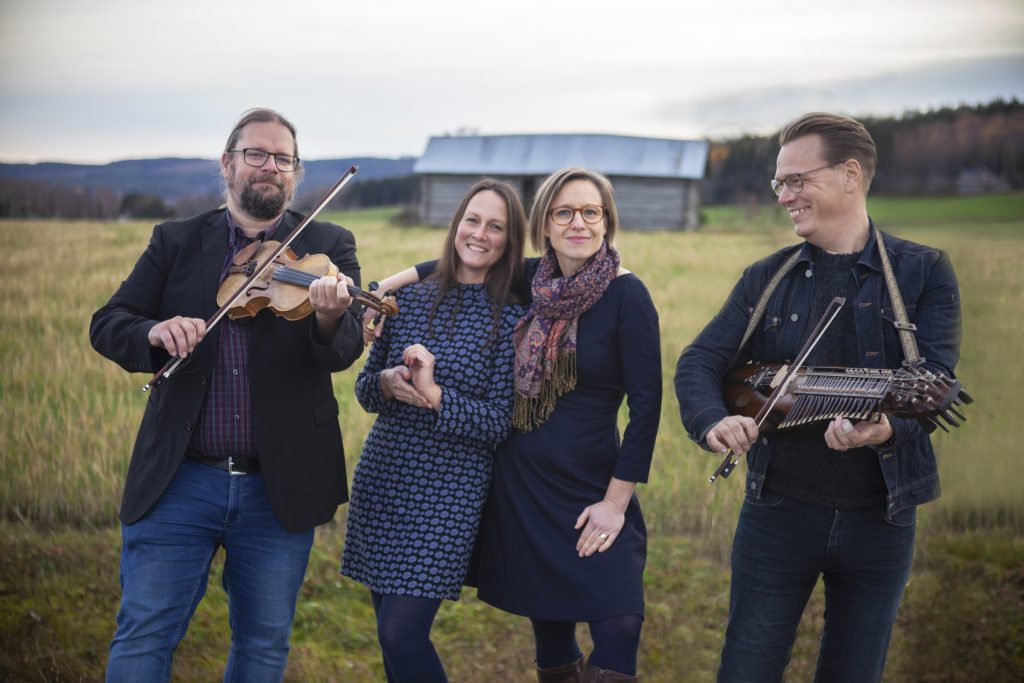 Breda gatan released their debut album in May 2019. But there are no tenderfoots hitting the road this summer; the quartet consists of four strong personalities with poignant radiance. Here they come together to perform songs full of humour, melancholy and with the storyline in focus.

Behind the name Breda gatan are folk singers Emma Härdelin and Johanna Bölja Hertzberg, fiddle player Kjell-Erik Eriksson, and Ola Hertzberg on nyckelharpa (keyed fiddle), so you can count on gorgeous singing and intimate interaction.

Listen to the singel Den usle förföraren and visit the web page Breda gatan to read more about the band.

This year, has been a year of working with other folk singers, witch I really love! I have been singing both summer concerts and christmas conserts with my dear friend Emma Härdelin. We also went to Bodö in Norway in april to sing with the vocal ensemble Vocal Arts. In marsch I got the honor to go to London and perform some hearding calls with my dear friend Ulrika Bodén. I also gave five workshops in kulning (Swedish herding call). Thank you all! I wish you a Happy New Year with this video of me and Emma Härdelin!

Welcome to listen to a concert with Songs of the railroad workers, recorded by the Swedish Radio in October 2016. You hear  Johanna Bölja (vocals) perform together with Görgen Antonsson (fiddle) and Pär Engman (vocals and guitar). The tunes are rhythmical and seldom performed, but well worth a listen! The songs tell of days filled with dangers, sweat and longing, but also of celebration and camaraderie.

Just click here to get to the Swedish Radio P2 web site! 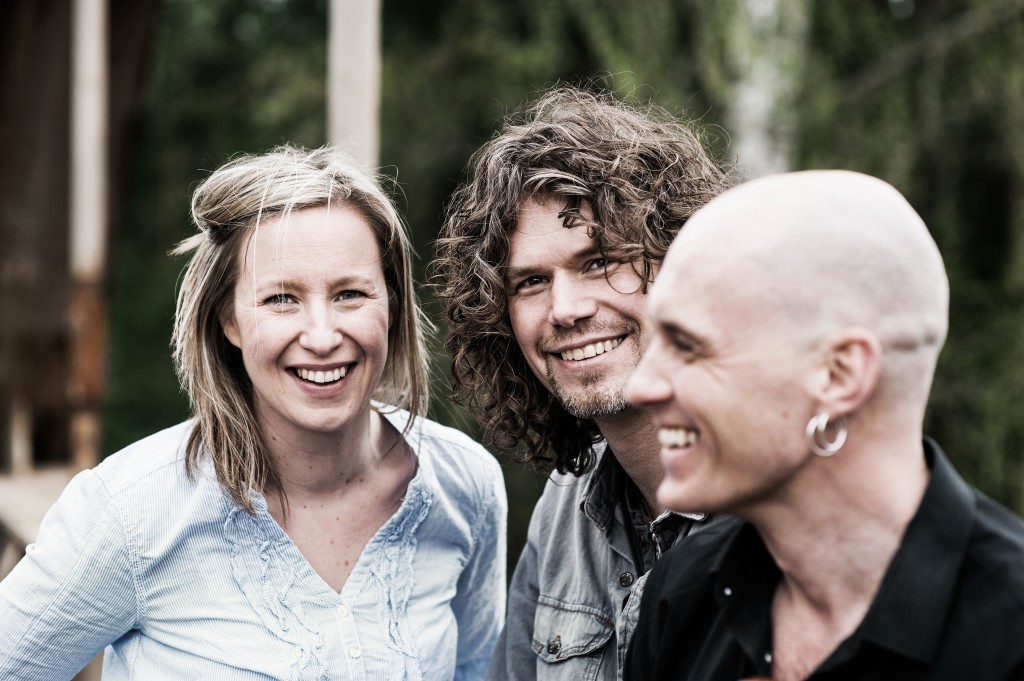 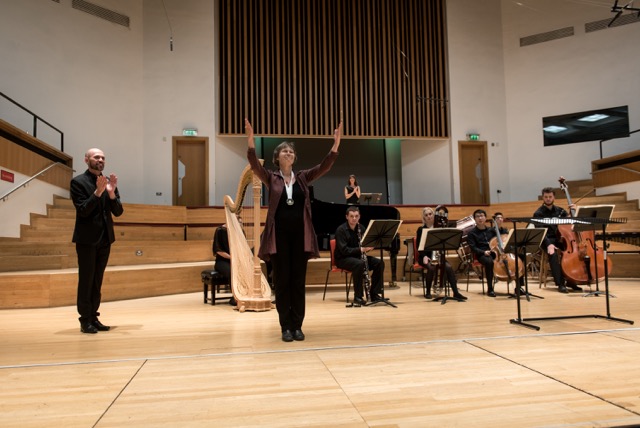 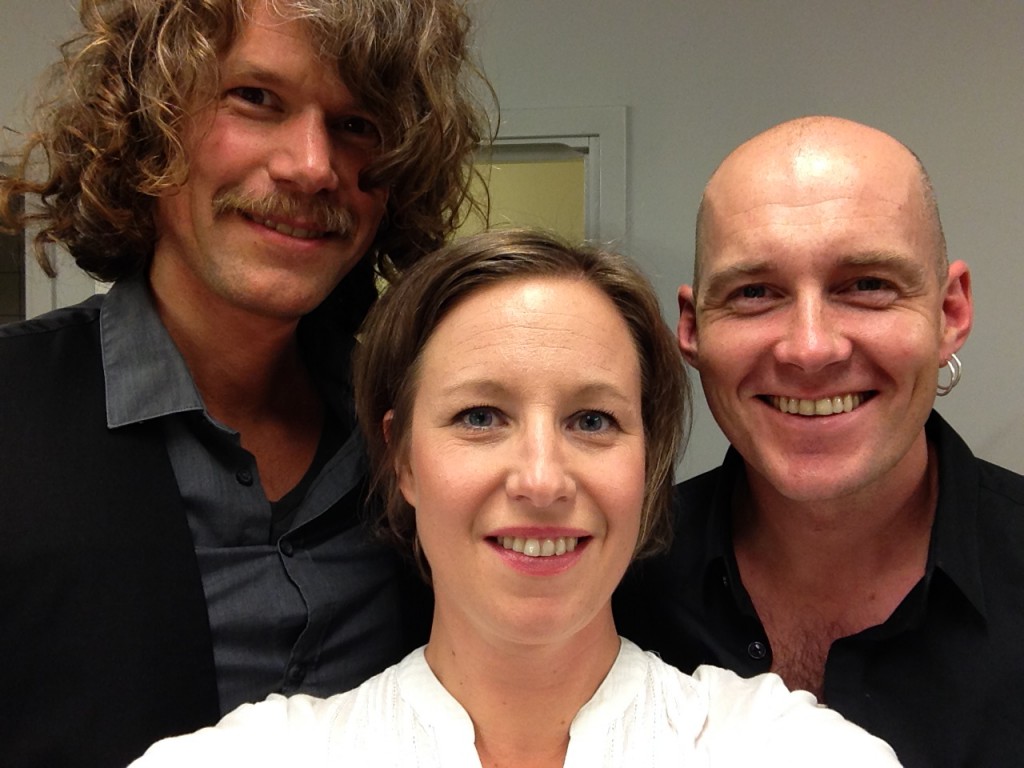 In april we finally got on tour with songs by the swedish railway workers. We had a great time and we are overwhelmed by the interest for these old songs; we even had attendance record in four concerts! One of the songs, Jämtlandsvisan, is now released at iTunes and Spotify.   If you are interested to buy the CD or to book a concert, please email us!

In september 2014 the CD Rallarnas Visor was released! It contains songs made and sung by the Swedish railway workers during the late nineteenth century.  Johanna sings together with Pär Engman – guitar and vocals, and Görgen Antonsson – fiddles.

You can watch a video from the release concert HERE!

If you are interested to buy the CD, please send an email to: info@johannabolja.se. 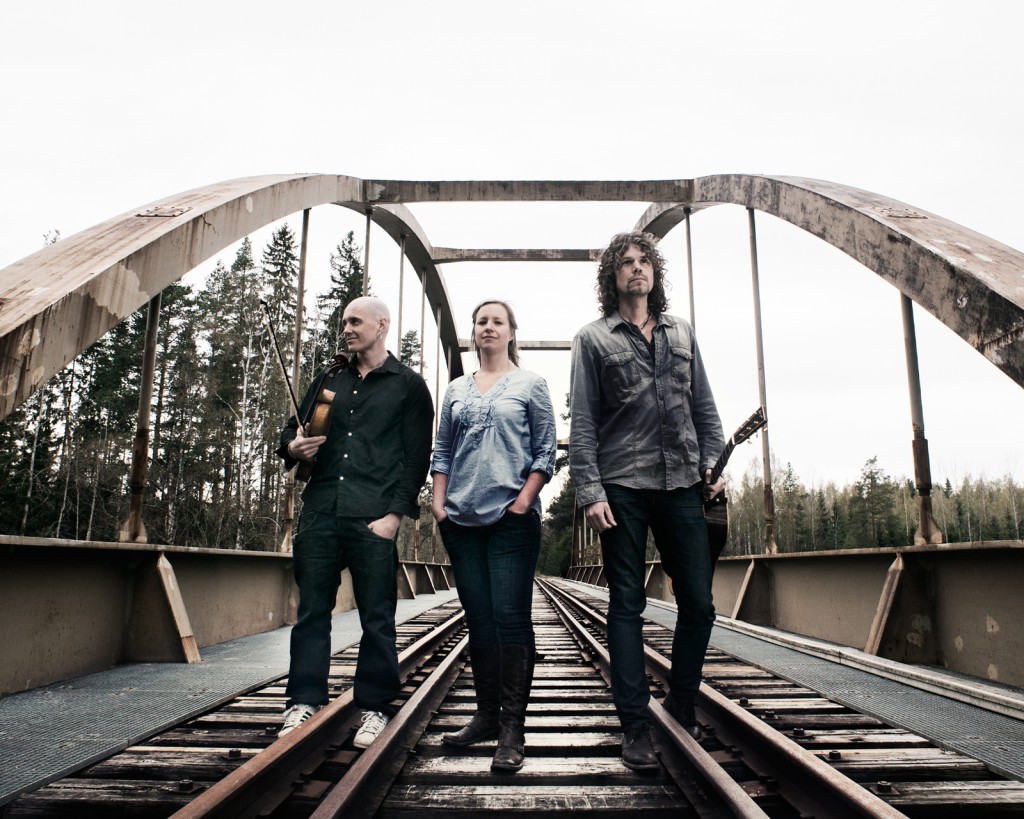 Nice news – Karin Rehnqvist`s CD album LIVE got the Swedish Grammis Awards (equivalent of the Grammy Awards) in the category Classical!
Johanna Bölja has the honour to sing a piece called Quem chama? together with Marie Axelsson and ensemble. This piece was recorded at the Casa di Musica in Porto, Portugal 2008.

In february 2014 the piece was made in Royal Festival Hall in London, with Marie Axelsson & Johanna Bölja Hertzberg (singers), members of the Philharmonia Orchestra and Peter Tilling (conductor).

The music seems to be standing on tiptoe so that the heartrending herding calls and the unanswered question underpinning them (‘Who’s that calling?’) will make itself heard right out across the Atlantic Ocean.

You can read more about Karin Rehnqvist and her music here.